Lil Dumpster Fire is argurably 100% Soft's most popular and celebrated piece of artwork. The character depicts a garbage dumpster on fire, with flames coming out of an open door on top. The character was first revealed as a GIF in 2016. It has gained over 43 million views. A later version has amassed over 330 million views since then. It made several periodic appearances every few months and slowly started gaining attention as an emal pin. However, it really took off when people started calling it the unofficial mascott of 2020. Since then multiple pins, phone cases, and apparel were sold featuring Dumpster Fire. The first vinyl figures were sold at Comic-Con 2019. 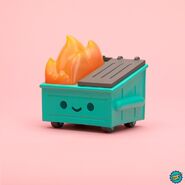 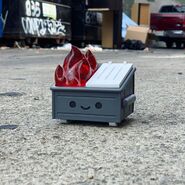 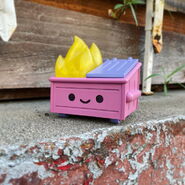 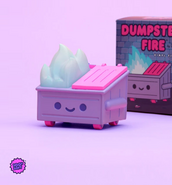 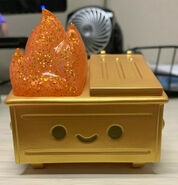 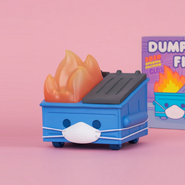 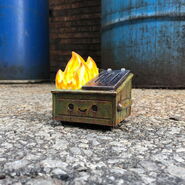 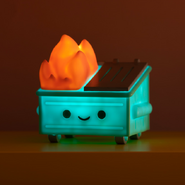 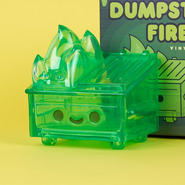 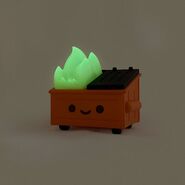 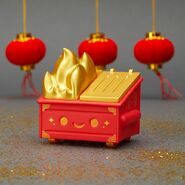 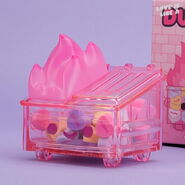 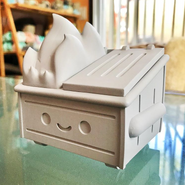 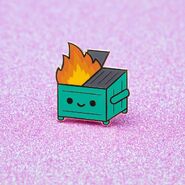 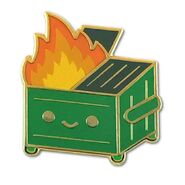 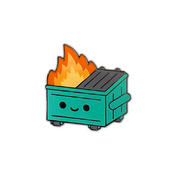 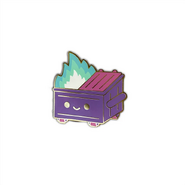 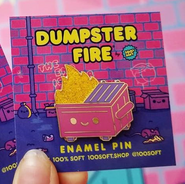 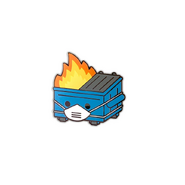 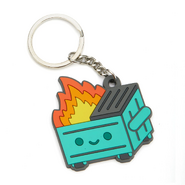